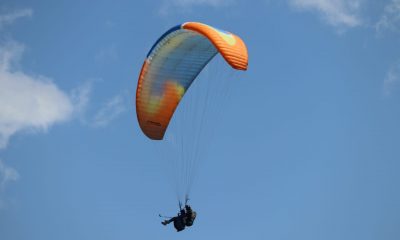 Thrilling fly like a bird experience in the skies of Bir valley of Kangra.

Tandem flight from Billing, which usually lasts between 15 and 20 minutes depending on weather conditions.

Get Accompanied by licensed and experienced Tandem Paragliding Pilot 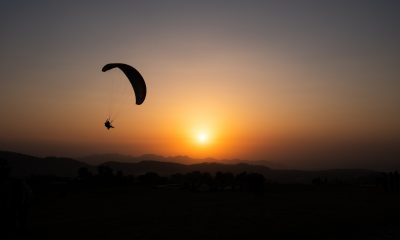 Bodyweight Required - Between 15Kgs to 90 Kgs

Tandem Paragliding, a thrilling fly like a bird experience in the skies of Bir valley of Kangra. Tandem Paragliding is an adventure where two people fly on a single paragliding glider. A super adventurous aero-sport activity which needs a lot of training and experience to operate para-glider safely. In a tandem type of flying, tow people fly on one Para-glider, person one is a pilot with all the skill and experience. The Pilot knows everything like airspeed, altitude, the safe flight route. So, the Pilot is the person who handles the glider direction and controls. On the other hand, the second person flies with Pilot for a joy ride. 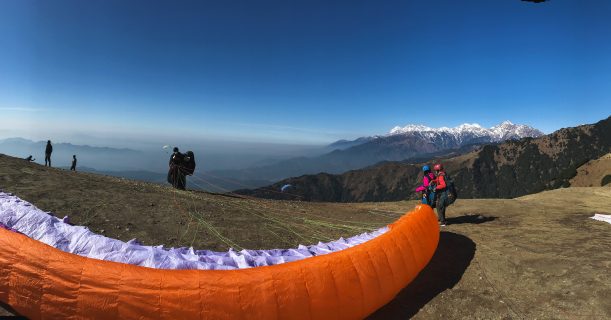 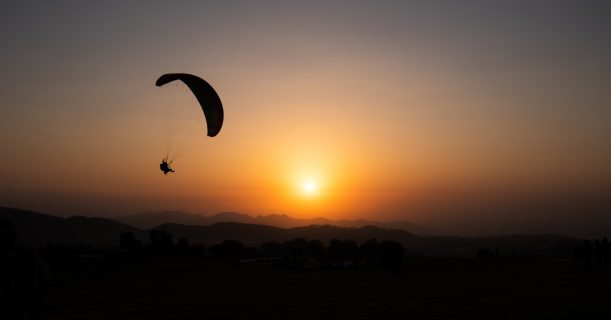 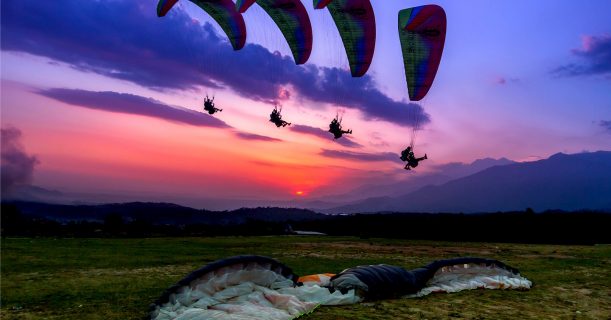 - Arrival and meet-up at Bir landing site. Board on a shared jeep and transfer from Bir (Paragliding landing area) to Billing (Paragliding Take off point) which is at a distance of 18 km from each other, this 18 km drive will be provided by MadTrek.- MadTrek will provide all equipment, and no experience is necessary for this excursion! Have a Short briefing and safety lesson before taking off on your tandem flight from Billing, which usually lasts between 15 and 20 minutes depending on weather conditions. The whole process takes approx. 2 hrs to complete. - Experienced Tandem Instructor piloting your flight will Launch From Hilltop and soar like a bird along the Mountains. Excursion concludes.

WE ASSURE YOU OF OUR BEST SERVICE

Bir Billing has chilly winters because of its elevation, which is about 5,000 feet. You can see the impressive 4-5 inches of snow that has covered the whole area of once-green land.

Bir experiences frequent rainfall during the monsoon, with an average of 550 mm in three months. Because of this, Bir is not a great place to travel during these months. At this time, paragliding is not allowed, and the weather makes going outside challenging.

There are some top paragliding locations in India.

Bir Billing in Himachal Pradesh, to start. It is regarded as the ideal location for the adventurous activity and the Paragliding Capital of India.

Accidents involving paragliding can cause fatalities or serious injuries. A paragliding accident may be caused by various factors. Pilot error, equipment malfunction, and unfavourable weather conditions are some frequent causes of paragliding injuries.

On private property, above a populated area, or without the landowner's consent, paragliding is prohibited. The Federal Aviation Administration has specified several restricted airspace classifications where paragliding is not permitted.

Bir Billing is a well-known location because it is the second-highest paragliding take-off point in the world, rising at 8,000 feet and providing expansive views of the valley below.

Climatic changes, locations for landing and taking off, and highly skilled pilots guarantee that paragliding in Bir Billing complies with all safety and convenience requirements. However, if something goes wrong, it can occasionally be dangerous.

Pilots of paragliders frequently fly for three hours or longer, reach heights of 15,000 feet, and cover vast distances in one flight.

The paraglider with the mountain to their right has priority when flying. Pass right-handed paragliders when flying (when overtaking or when passing a pilot head-on). Another paraglider cannot pass you when you are flying close to the mountain.

The weight range for paragliding is 15–95 kg. The paragliding crew will decide whether to charge an additional INR 500 depending on the person's fitness and weight between 95 and 115 kg.

If you select a refund after canceling your trek, the refund amount will be deposited into the payment account that you had used while making payment to us. It will take ten to twelve working days.

With more than 1,000 people joining our tours annually, we have a proven a track record of providing quality trips that exceed our guests’ expectations. You can read reviews on Trip Advisor, Facebook, and on our website.

I did Triund trek, Paragliding in Bir billing with my spouse and 3 year old… Read More

Went on two treks to Bhagda as well as paragliding in Bir-Billing. The trekking experience… Read More We prefer to do things differently keeping in mind safety, comfort & pleasure of our trekkers at highest priority. We strongly believe in preserving the brilliance we proudly call our home & do not welcome anyone who litters around & doesn’t respect the notion of loving nature so it can love you back.

With more than 1,000 people joining our tours annually, we have a proven track record of providing quality trips that exceed our guests’ expectations. You can read reviews on Tripadvisor, Facebook, and on our website.

Our absolute commitment is to hire and train the best guides in the industry. Our philosophy is that our guides, gear, food and logistics comprise our services that a guest will get to experience, and the guides are the most important ingredient! We never compromise on that..